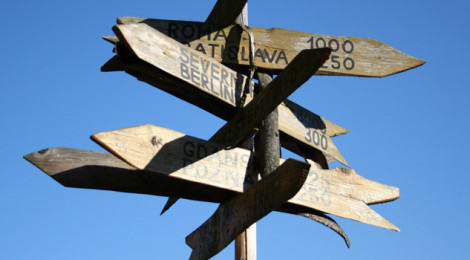 Signposts in a Familiar Land?

Thalia Arawi and Philip M. Rosoff
Over the last 80 years, a major goal of medical educators has been to improve the quality of applicants to medical school and, hence, the resulting doctors. To do this, academic standards have been progressively strengthened. The Medical College Admission Test (MCAT) in the United States and the undergraduate science grade point average (GPA) have long been correlated with success in medical school, and graduation rates have been close to 100 percent for many years. Recent studies have noted that some doctors having difficulties in practice were found to have had similar problems while in school. In this essay, we present a brief historical account of attitudes and approaches to admissions requirements, then discuss basic broad areas of accomplishment in clinical practice: academic mastery, clinical acumen, and professionalism. We then review data that suggest that lack of competency can often be detected very early in a student’s career and may or may not be immune to remediation efforts. We end with a recommendation for a course of action that upholds and fulfills the profession’s social responsibility. This will be a moral argument, defending an aggressive but equitable approach to maintaining both public accountability and trust.

Ami Harbin, Brenda Beagan, and Lisa Goldberg
This paper draws on findings from qualitative interviews with queer and trans patients and with physicians providing care to queer and trans patients in Halifax, Nova Scotia, Canada, to explore how routine practices of health care can perpetuate or challenge the marginalization of queers. One of the most common “measures” of improved cultural competence in health care practice is self-reported increases in confidence and comfort, though it seems unlikely that an increase in physician comfort levels with queer and trans patients will necessarily mean better health care for queers. More attention to current felt discomfort in patient–provider encounters is required. Policies and practices that avoid discomfort at all costs are not always helpful for care, and experiences of shared discomfort in queer health contexts are not always harmful.

Risk-Benefit Analysis: From a Logical Point of View

Georg Spielthenner
In this paper I am concerned with risk–benefit analysis; that is, the comparison of the risks of a situation to its related benefits. We all face such situations in our daily lives and they are very common in medicine too, where risk–benefit analysis has become an important tool for rational decision-making. This paper explores risk–benefit analysis from a logical point of view. In particular, it seeks a better understanding of the common view that decisions should be made by weighing risks against benefits and that an option should be chosen if its benefits outweigh its risks. I devote a good deal of this paper scrutinizing this popular view. Specifically, I demonstrate that this mode of reasoning is logically faulty if “risk” and “benefit” are taken in their absolute sense. But I also show that arguing in favour of an action because its benefits outweigh its risks can be valid if we refer to incremental risks and benefits.

The Moral Difference or Equivalence Between Continuous Sedation Until Death and Physician-Assisted Death: Word Games or War Games?

Sam Rys, Reginald Deschepper, Freddy Mortier, Luc Deliens, Douglas Atkinson, and Johan Bilsen
Continuous sedation until death (CSD), the act of reducing or removing the consciousness of an incurably ill patient until death, often provokes medical–ethical discussions in the opinion sections of medical and nursing journals. Some argue that CSD is morally equivalent to physician-assisted death (PAD), that it is a form of “slow euthanasia.” A qualitative thematic content analysis of opinion pieces was conducted to describe and classify arguments that support or reject a moral difference between CSD and PAD. Arguments pro and contra a moral difference refer basically to the same ambiguous themes, namely intention, proportionality, withholding artificial nutrition and hydration, and removing consciousness. This demonstrates that the debate is first and foremost a semantic rather than a factual dispute, focusing on the normative framework of CSD. Given the prevalent ambiguity, the debate on CSD appears to be a classical symbolic struggle for moral authority.

The Use of Newborn Screening Dried Blood Spots for Research

Li-Ming Gong, Wen-Jun Tu, Jian He, Xiao-Dong Shi, Xin-Yu Wang, and Ying Li
Objective: To investigate the attitudes of Chinese parents regarding the storage of dried blood spots collected for newborn screening (NBS) and their use in research. Methods: We conducted a hospital-based survey of parents and examined parental attitudes regarding (a) allowing NBS sample storage, (b) permitting use of children’s NBS samples for research with parental permission, and (c) permitting use of children’s NBS samples for research without parental permission. Results: The response rate was 52 percent. Of parents surveyed, 68 percent would permit their infant’s NBS sample to be stored for at least some length of time. If permission is obtained, 69 percent of parents “strongly agreed” or “agreed” to permit use of the NBS sample for research. If permission is not obtained, only 14 percent of parents “strongly agreed” or “agreed.” There was no significant association between permitting use of NBS samples for research and parental gender, education, household income, number of children, or site of residence. Conclusions: This is the first survey of Chinese parents regarding the use of NBS samples for different types of research, with results indicating that most parents would permit their infant’s sample to be stored and would support the use of NBS dried blood spots for research purposes.

Aaron Rizzieri
I argue that embryonic stem cell research is fair to the embryo, even on the assumption that the embryo has attained full personhood and an attendant right to life at conception. This is because the only feasible alternatives open to the embryo are to exist briefly in an unconscious state and be killed or to not exist at all. Hence, one is neither depriving the embryo of an enduring life it would otherwise have had nor is one causing the embryo pain. I also argue that a rational agent in a situation relevantly similar to that of the embryo would consent to such research, and I use this insight to ground two justice-based arguments in favor of this research.

The Red Market: On the Trail of the World’s Organ Brokers, Bone Thieves, Blood Farmers, and Child Traffickers

Designer Genes: A New Era in the Evolution of Man

Managing Conflicts of Interest Should Begin With Dialogue and Education, Not Punitive Measures

Toward a Postmodernist View of Conflict of Interest

The Strange Case of Dr. B and Mr. Hide: Ethical Sensitivity as a Means to Reflect Upon One’s Actions in Managing Conflict of Interest

In That Case: Shanachie and Norm