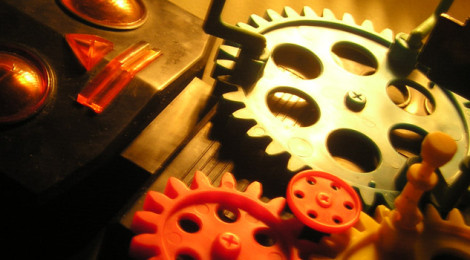 Introduction: The Ethical Challenges of Nanotechnologies

Alan Petersen
Nanotechnologies are expected to have a substantial impact on our lives in the future. However, the nanotechnology field is characterised by many uncertainties and debates surrounding the characterisation of technologies, the nature of the applications, the potential benefits and the likely risks. Given the rapid development of nanotechnologies, it is timely to consider what, if any, novel ethical challenges are posed by developments and how best to address these given the attendant uncertainties. The three articles which comprise this symposium consider the philosophical, regulatory and risk perception and communication questions that arise from this arena.

The Social Impacts of Nanotechnology: An Ethical and Political Analysis

Filling the Information Void: Using Public Registries as a Tool in Nanotechnologies Regulation

Diana M. Bowman and Karinne Ludlow
Based on the experiences of two high profile voluntary data collection programs for engineered nanomaterials, this article considers the merit of an international online registry for scientific data on engineered nanomaterials and environmental, health and safety (EHS) data. Drawing on the earlier experiences from the pharmaceutical industry, the article considers whether a registry of nanomaterials at the international level is practical or indeed desirable, and if so, whether such an initiative—based on the current state of play—should be voluntary or mandatory. The article commences with an examination of the success and failures of voluntary reporting schemes in the UK and the US, as well as the International Council of Nanotechnology’s EHS Database and the OECD’s Working Party on Manufactured Nanomaterials. The article then examines the history of clinical trials registries, including the key motivations behind their creation, the role of self-regulation, and the perceived benefits thereof. Key lessons of the rise of clinical trials registration are highlighted, as are crucial considerations that must be addressed by policy makers should a multi-lateral public registry for data on nanoscale materials and EHS research be perceived to be a desirable option. The article concludes by arguing that while the creation of a registry to record information generated on nanomaterials is not straightforward, this reason alone should not deter industry from taking a proactive approach to the dissemination of fundamental data and research findings.

Avoiding the Trust Deficit: Public Engagement, Values, the Precautionary Principle, and the Future of Nanotechnology

Margaret Stebbing
Debates about the regulatory requirements surrounding the introduction of nanotechnology products have, at least in Australia, remained largely within disciplinary boundaries and industry and academic circles. This paper argues for a more interdisciplinary and inclusive upstream debate about the introduction of ethical, regulatory and legal frameworks that may avoid the loss of public trust that has characterised the introduction of many new technologies in the past. Insights from risk-perception theory and research are used to introduce the notion of risk as narrative as a framework for action. This paper suggests three main strategies for moving forward; drawing insights from the “trust gap” experiences of other new technologies; the application of the active form of the precautionary principle; and, the creation of nano-futures that meet both community and industry values through effective public engagement.

The Role of Regret in Informed Consent

Miles Little
Informed consent to medical procedures tends to be construed in terms of principle-based ethics and one or other form of expected utility theory. These constructions leave problems created by imperfect communication; subjective distress and other emotions; imperfect knowledge and incomplete understanding; complexity, and previous experience or the lack of it. There is evidence that people giving consent to therapy or to research participation act intuitively and assess consequences holistically, being influenced more by the magnitude of outcomes than their probability. People avoid decisions they may regret, but modern regret theory has received little attention in discussions of informed consent. This essay suggests ways in which regret may be acknowledged in the consent process and in the assessment of the information that is an intrinsic part of it.

The Treaty of Waitangi and Research Ethics in Aotearoa

Maui L Hudson and Khyla Russell
Researchers, when engaging with Māori communities, are in a process of relationship building and this process can be guided by the principles of the Treaty of Waitangi, partnership, participation and protection. The main concerns for many indigenous peoples in research revolve around respect for their indigenous rights, control over research processes and reciprocity within research relationships to ensure that equitable benefits are realised within indigenous groups. Māori have identified similar issues and these concerns can be aligned with the principles of the Treaty of Waitangi. The relevance of the Treaty of Waitangi to research ethics is discussed and this paper suggests a revised interpretation of the treaty principles to incorporate the range of ethical issues that Māori have expressed as important.

The Other Abortion Myth—The Failure of the Common Law

Kate Gleeson
The 2006 trial of Suman Sood put criminal abortion on the public agenda for the first time in 25 years in NSW. Response to the case highlights tenacious myths about abortion law in Australia; namely that the common law “is an ass” that allows for abortion only by way of a lack of application of the law. By briefly explaining the history of abortion in Australia, I argue that the Sood case does not represent a general failure of the common law to allow abortion, nor does it support the popular myth that abortion is “technically” illegal, or that doctors who perform abortions have historically been the target of the criminal law in Australia. I show that contrary to myths promoted particularly around the 1998 Western Australian reforms, abortion has long been lawful in Australia, and the common law has merit compared to other regulatory regimes. Hence, arguments for alternative abortion regimes should not depend on myths which are shown to be unrepresentative of the political and legal situation in Australia.

Anthropological and Sociological Critiques of Bioethics

Leigh Turner
Anthropologists and sociologists offer numerous critiques of bioethics. Social scientists criticize bioethicists for their arm-chair philosophizing and socially ungrounded pontificating, offering philosophical abstractions in response to particular instances of suffering, making all-encompassing universalistic claims that fail to acknowledge cultural differences, fostering individualism and neglecting the importance of families and communities, and insinuating themselves within the “belly” of biomedicine. Although numerous aspects of bioethics warrant critique and reform, all too frequently social scientists offer ungrounded, exaggerated criticisms of bioethics. Anthropological and sociological critiques of bioethics are hampered by the tendency to equate bioethics with clinical ethics and moral theory in bioethics with principlist bioethics. Also, social scientists neglect the role of bioethicists in addressing organizational ethics and other “macro-social” concerns. If anthropologists and sociologists want to provide informed critiques of bioethics they need to draw upon research methods from their own fields and develop richer, more informed analyses of what bioethicists say and do in particular social settings.

Martin Tolich
Informed consent and confidentiality supposedly minimize harm for research participants in all qualitative research methodologies, inclusive of one-on-one unstructured interviews and focus groups. This is not the case for the latter. Confidentiality and informed consent uniquely manifest themselves as endemic ethical dilemmas for focus group researchers. The principle of caveat emptor (let the buyer beware) may be a more useful tool for those involved in focus group research: that is, let the researcher, the participants and the ethics committee beware that the only ethical assurance that can be given to focus group participants is that there are few ethical assurances. These ethical dilemmas are not sufficiently realized in the literature, and if they are discussed, they are often dealt with within the focus group moderator’s preamble to the group discussion. This paper encourages the mandatory use of a participant information sheet sufficiently detailed to engender the participant’s active consent. Sufficient here means the participant must be made adequately aware of these endemic ethical dilemmas in advance, to allow them to consent to share responsibility for any ensuing harm. The focus group moderator is not their sole protector.

Policy Design for Human Embryo Research in Canada: A History (Part 1 of 2)

Organ Donation: Who Should Decide? A Canadian Perspective

Jeffrey Conyers Kirby
This paper examines an under-explored issue in organ donation: whose decision making authority should be privileged posthumously in the context of known, explicit consent for donation? Current practices in Canada support the family as the ultimate decision maker, despite the existence of legislative support in many Canadian provinces for the potential donor as legitimate decision maker. Arguments for and against privileging the family and the potential donor are identified. Informing the question of “who should decide” are considerations of individual and relational autonomy, distributive and social justice, personhood, and arguments “from distress”. Tensions and competing obligations emerge from an exploration of these considerations that call for further, inclusive dialogue and deliberation on this important organ donation issue.

The Ethics of Surgical Practice

In That Case: Treat and Tell?