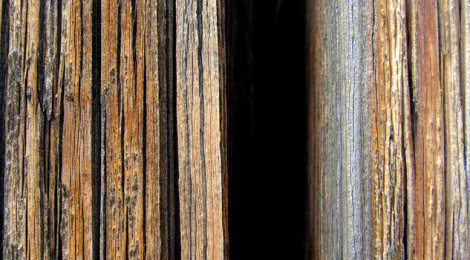 The Biopolitics of Bioethics and Disability

Ron Amundson and Shari Tresky
Continuing tensions exist between mainstream bioethics and advocates of the disability rights movement. This paper explores some of the grounds for those tensions as exemplified in From Chance to Choice: Genetics and Justice by Allen Buchanan and co-authors, a book by four prominent bioethicists that is critical of the disability rights movement. One set of factors involves the nature of disability and impairment. A second set involves presumptions regarding social values, including the importance of intelligence in relation to other human characteristics, competition as the basis of social organization, and the nature of the parent–child relationship. The authors’ disapproval of certain aspects of the disability rights movement can be seen to be associated with particular positions regarding these factors. Although the authors intend to use a method of “broad reflective equilibrium,” we argue that their idiosyncratic commitment to particular concepts of disability and particular social values produces a narrowing of the moral significance of their conclusions regarding disability rights.

“You Say You’re Happy, But…”: Contested Quality of Life Judgments in Bioethics and Disability Studies

Sara Goering
In this paper, I look at several examples that demonstrate what I see as a troubling tendency in much of mainstream bioethics to discount the views of disabled people. Following feminist political theorists who argue in favour of a stance of humility and sensitive inclusion for people who have been marginalized, I recommend that bioethicists adopt a presumption in favour of believing rather than discounting the claims of disabled people. By taking their claims at face value and engaging with disabled people in open dialogue over impairment and disadvantage, bioethicists may take to heart an important lesson about human fragility and resilience.

At the Margins of Moral Personhood

Eva Feder Kittay
In this article I examine the proposition that severe cognitive disability is an impediment to moral personhood. Moral personhood, as I understand it here, is articulated in the work of Jeff McMahan as that which confers a special moral status on a person. I rehearse the metaphysical arguments about the nature of personhood that ground McMahan’s claims regarding the moral status of the “congenitally severely mentally retarded” (CSMR for short). These claims, I argue, rest on the view that only intrinsic psychological capacities are relevant to moral personhood: that is, that relational properties are generally not relevant. In addition, McMahan depends on an argument that species membership is irrelevant for moral consideration and a contention that privileging species membership is equivalent to a virulent nationalism (these will be discussed below). In consequence, the CSMR are excluded from moral personhood and their deaths are less significant as their killing is less wrong than that of persons. To throw doubt on McMahan’s conclusions about the moral status and wrongness of killing the CSMR I question the exclusive use of intrinsic properties in the metaphysics of personhood, the dismissal of the moral importance of species membership, and the example of virulent nationalism as an apt analogy. I also have a lot to say about McMahan’s empirical assumptions about the CSMR.

Criticizing and Reforming Segregated Facilities for Persons With Disabilities

Mind the Gaps: Intersex and (Re-productive) Spaces in Disability Studies and Bioethics

M. Morgan Holmes
With a few notable exceptions disability studies has not taken account of intersexuality, and it is principally through the lenses of feminist and queer-theory oriented ethical discussions but not through “straight” bioethics that modes valuing intersex difference have been proposed. Meanwhile, the medical presupposition that intersex characteristics are inherently disabling to social viability remains the taken-for-granted truth from which clinical practice proceeds. In this paper I argue against bioethical perspectives that justify extensive and invasive pre- and post-natal medical interference to eradicate intersex. I argue instead that to constitute the necessary conditions for the recognition of the intersexed child as a person, a life valid in its own right, clinicians must refrain from aggressive interference. Clinical specialists presuppose that intersexed children will be socially disabled and unrecognizable as persons; frustrated by the general failure of traditional interventions to assign a sex, clinicians are now pursuing prenatal technologies, including selective termination, to erase intersex.

Nikki Sullivan
In 1977 John Money published the first modern case histories of what he called “apotemnophilia,” literally meaning “amputation love,” thus from its inception as a clinically authorized phenomenon, the desire for the amputation of a healthy limb or limbs was constituted as a sexual perversion conceptually related to other so-called paraphilias. This paper engages with sex-based accounts of amputation-related desires and practices, not in order to substantiate the paraphilic model, but rather, because the conception of these (no doubt) heterogeneous desires and practices as symptoms of a paraphilic condition (or conditions) highlights some interesting cultural assumptions about “disability” and “normalcy,” their seemingly inherent (un)desirability, and their relation to sexuality. In critically interrogating the socio-political conditions that structure particular desires and practices such that they are lived as improper, distressing and/or disabling, the paper constitutes an exercise in what Margrit Shildrick (2005) refers to as “postconventional ethics.”

The Individualist Model of Autonomy and the Challenge of Disability

Anita Ho
In recent decades, the intertwining ideas of self-determination and well-being have received tremendous support in bioethics. Discussions regarding self-determination, or autonomy, often focus on two dimensions—the capacity of the patient and the freedom from external coercion. The practice of obtaining informed consent, for example, has become a standard procedure in therapeutic and research medicine. On the surface, it appears that patients now have more opportunities to exercise their self-determination than ever. Nonetheless, discussions of patient autonomy in the bioethics literature, which focus on individual patients making particular decisions, neglect the social structure within which health-care decisions are made. Looking through the lens of disability and informed by the feminist conception of relational autonomy, this essay argues that the issue of autonomy is much more complex than the individualist model suggests. The social system and the ableist ideology impose various forms of pressure or oppressive power that can affect people’s ability to choose according to their value system. Even if such powers are not directly coercive, they influence potential parents’ decisions indirectly—they structure their alternatives in such a way that certain options are never considered as viable and other decisions must be made. This paper argues that, instead of only focusing on the individual act of decision-making, we need to pay attention to the social structure that frames people’s decision.

Deciding on Death: Conventions and Contestations in the Context of Disability

Margrit Shildrick
Conflicts between bioethicists and disability theorists often arise over the permissibility of euthanasia and physician assisted suicide. Where mainstream bioethicists propose universalist guidelines that will direct action across a range of effectively disembodied situations, and take for granted that moral agency requires autonomy, feminist bioethicists demand a contextualisation of the circumstances under which moral decision making is conducted, and stress a more relational view of autonomy that does not require strict standards of independent agency. Nonetheless, neither traditional nor feminist perspectives have fully engaged with the critique of disabled people that they are consistently subjected to discriminatory, even life-threatening, practice and policy in biomedical and health care. The paper revisits some of the issues that drive the often highly polarised debate between bioethicists and disability theorists around the question of end of life decisions involving disabled people. While many bioethicists have doubtless been indifferent to the difference that disability makes, I am also concerned that the very proper demand of disability activists and theorists to scrutinise all end of life decisions for signs of discrimination and even violence has segued into something damagingly restrictive that silences internal dissension and stifles external debate. Given that euthanasia and physician assisted suicide may be issues where conventional argument on either side will founder on deeply felt convictions, I make the radical move to speculate on an entirely different, quasi-Deleuzian, approach to the value of life in order to shake up entrenched positions, and begin to think differently.

Republication: Disability: Whose Perspective, What Problem?

In That Case: Professional Justice?