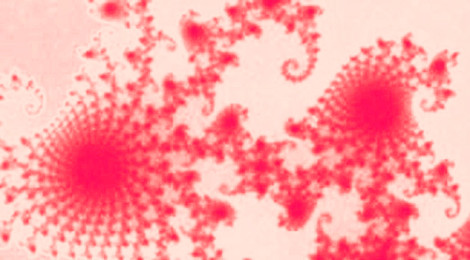 What Makes a Journal an International Journal?

Two Into One Won’t Go: Conceptual, Clinical, Ethical, and Legal Impedimenta to the Convergence of CAM and Orthodox Medicine

Malcolm Parker
The convergence of complementary and alternative medicine (CAM) and evidence-based medicine (EBM) is a prominent feature of healthcare in western countries, but it is currently undertheorised, and its implications have been insufficiently considered. Two models of convergence are described—the totally integrated evidence-based model (TI) and the multicultural-pluralistic model (MP). Both models are being incorporated into general medical practice. Against the background of the reasons for the increasing utilisation of CAM by the public and by general practitioners, TI-convergence is supported and MP-convergence is rejected. MP-convergence is epistemologically and clinically incoherent, and it cannot be regulated. It is also inconsistent with developments in the legal determination of the standard of care for both diagnosis/treatment and disclosure. These claims concerning MP-convergence are justified by the fact that science is not a member of the group of perspectives or world-views which postmodernism treats as equally valid, and this is especially important for healthcare.

Monika Clark-Grill
The more popular complementary and alternative medicine (CAM) has become, the more often it is demanded that the integration of CAM should be limited to those approaches that are scientifically proven to be effective. This paper argues that this demand is ethically and philosophically questionable. The clinical legitimacy being gained by CAM and its increasing informal integration should instead caution against upholding the biomedical framework and evidence-based medicine as conditions of acceptance. Patients’ positive experiences with CAM deserve a truly scientific exploration of non-biomedical conceptualizations of health and illness. It is also problematic to request scientific evidence when there is proven resistance against CAM in research institutions, under-funding and a lack of suitable research methodologies. This is even more so, when much conventional medicine is not practiced with the same level of evidence as demanded from CAM.

A Critique of the Gender Recognition Act 2004

Andrew N. Sharpe
This article critiques recent UK transgender law reform. The Gender Recognition Act 2004 is to be welcomed in many respects. Formerly one of the European states most resistant to social change in this area, the UK now occupies pole position among progressive states willing to legally recognise the sex claims of transgender people. This is because the UK is, at least ostensibly, the first state to recognise sex claims irrespective of whether applicants have undertaken any surgical procedures or had hormonal treatments. The article highlights the significance of this development through providing an overview of the trajectory of common law reform around the world. The legislation clearly benefits transgender people unable to undertake surgery due to financial reasons and/or medical contra-indications. It also benefits transgender people whose search for harmony does not require surgical intervention. However, the Act also perpetuates a mental illness model for understanding transgender desires; contributes to the break-up of legally recognised marriages; insists on the permanence of gender crossings and assumes that surgery will occur. The Act also contains exceptions to the generality of legal recognition provided by the state. In this respect the article considers concessions to religious and sporting lobbies. Finally, the article highlights how non-disclosure of gender history prior to a marriage assumes a kind of legal significance under the Act which non-disclosure of other facts generally lacks in relation to marriage. In this regard, the article will contend that a biological understanding of sex operates as a subtext within the Act.

Maui L. Hudson, Annabel L. M. Ahuriri-Driscoll, Marino G. Lea, and Rod A. Lea
Whakapapa is the foundation of traditional Māori social structure and it perpetuates a value base that locates people through their relationships to the physical and spiritual worlds. As part of a new envirogenomics research programme, researchers at the Institute of Environmental Science and Research (ESR) are developing a study with an iwi (tribe) to identify combinations of genetic and environmental factors that may contribute to current health status. A major objective of this study is to utilise whakapapa (genealogical information) to explore patterns of genetic variation unique to the iwi and to correlate these with potential disease or ill health. Genetic testing and screening raises numerous ethical issues, particularly when indigenous peoples are the subjects. This paper will outline ESR’s strategy for addressing indigenous concerns about genetic testing and how whakapapa forms an integral part of the envirogenomics research programme.

Portrait of the Patient as a Young Man: An Exploration of the Use of Photographs in Hospital

Gabrielle N. Samuel and Ian H. Kerridge
Over the past decade, umbilical cord blood (UCB) has routinely been used as a source of haematopoietic stem cells for allogeneic stem cell transplants in the treatment of a range of malignant and non-malignant conditions affecting children and adults. UCB banks are a necessary part of the UCB transplant program, but their establishment has raised a number of important scientific, ethical and political issues. This paper examines the scientific and clinical evidence that has provided the basis for the establishment of UCB banks. We also discuss the major ethical issues that UCB banks raise, including ownership of cord blood, processes for obtaining consent for its collection and storage, and confidentiality. Finally, we review other concerns about commercial non-altruistic banking, including concerns about social justice, equity of access and equity of care.

The Max Charlesworth Scholarship is awarded by the Australasian Bioethics Association for the best essay addressing ethical issues in health care and medical science written by an Australasian university student.

In That Case: Ethics for Carers

To receive email alerts from bioethicalinquiry.com when new Journal of Bioethical Inquiry issues and online articles are published, as well as occasional calls for papers and event and job notifications, please subscribe here.