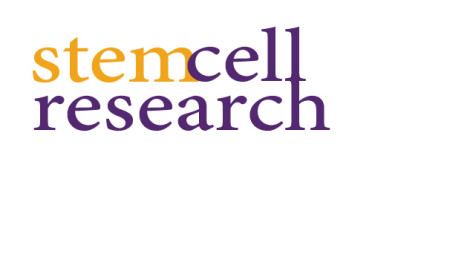 Jason Scott Robert, Jane Maienschein, and Manfred D. Laubichler
The complexities of modern science are not adequately reflected in many bioethical discussions. This is especially problematic in highly contested cases where there is significant pressure to generate clinical applications fast, as in stem cell research. In those cases a more integrated approach to bioethics, which we call systems bioethics, can provide a useful framework to address ethical and policy issues. Much as systems biology brings together different experimental and methodological approaches in an integrative way, systems bioethics integrates aspects of the history and philosophy of science, social and political theory, and normative analysis with the science in question. In this paper we outline how a careful analysis of the science of stem cell research can help to refocus the discussions related to the clinical applications of stem cells. We show how inaccurate or inadequate scientific assumptions help to create a set of unrealistic expectations and badly inform ethical deliberations and policy development. Systems bioethics offers resources for moving beyond the current impasse.

Stemming the Tide of Normalisation: An Expanded Feminist Analysis of the Ethics and Social Impact of Embryonic Stem Cell Research

Shelley Tremain
Feminists have indicated the inadequacies of bioethical debates about human embryonic stem cell research, which have for the most part revolved around concerns about the moral status of the human embryo. Feminists have argued, for instance, that inquiry concerning the ethics and politics of human embryonic stem cell research should consider the relations of social power in which the research is embedded. My argument is that this feminist work on stem cells is itself inadequate, however, insofar as it has not incorporated an analysis of disability into its considerations of the ethical and political issues that surround the phenomena. Thus, I consider claims that disability theorists and anti-disability activists have made about the research. I conclude by indicating that stem cell research must be situated within a cultural matrix that operates in the service of normalisation.

The Lady Vanishes: What’s Missing from the Stem Cell Debate

Donna L. Dickenson
Most opponents of somatic cell nuclear transfer and embryonic stem cell technologies base their arguments on the twin assertions that the embryo is either a human being or a potential human being, and that it is wrong to destroy a human being or potential human being in order to produce stem cell lines. Proponents’ justifications of stem cell research are more varied, but not enough to escape the charge of obsession with the status of the embryo. What unites the two warring sides in ‘the stem cell wars’ is that women are equally invisible to both: “the lady vanishes.” Yet the most legitimate property in the body is that which women possess in their reproductive tissue and the products of their reproductive labour. By drawing on the accepted characterisation in the common law of property as a bundle of rights, and on a Hegelian model of contract as mutual recognition, we can lessen the impact of the tendency to regard women and their ova as merely receptacles and women’s reproductive labour as unimportant.

Who Should Control the Use of Human Embryonic Stem Cell Lines: A Defence of the Donors’ Ability to Control

Søren Holm
In this paper I analyse who should be able to control the use of human embryonic stem cell lines. I distinguish between different kinds of control and analyse a set of arguments that purport to show that the donors of gametes and embryos should not be able to control the use of stem cell lines derived from their embryos. I show these arguments to be either deficient or of so general a scope that they apply not only to donors but also to those who derived the stem cell lines. Since we normally think that stem cell derivers have the right to control the use of the cell lines they derived, we have no justification for denying donors similar rights of control. In the final section I briefly discuss why informed consent is not an appropriate vehicle for transferring or alienating control rights.

Matthew Herder
The scientific challenges and ethical controversies facing human embryonic stem cell (hESC) research continue to command attention. The issues posed by patenting hESC technologies have, however, largely failed to penetrate the discourse, much less result in political action. This paper examines U.S. and European patent systems, illustrating discrepancies in the patentability of hESC technologies and identifying potential negative consequences associated with efforts to make available hESC research tools for basic research purposes while at same time strengthening the position of certain patent-holders’ rights. Differences between the U.S. and the European contexts may in part explain why the course of hESC research in those jurisdictions ultimately diverges. Nevertheless, questions about whether and how patenting, related agreements, and licensing practices progress and shape the field of hESC research in both the U.S., Europe, and elsewhere must no longer be marginalised. These questions are fundamentally important in determining what benefits are likely to result from hESC research. Assuring these benefits is the moral issue with which patent systems are most intrinsically concerned, and that governments must begin to directly address rather than assume or ignore.

Creating Donors: The 2005 Swiss Law on Donation of “Spare” Embryos to hESC Research

Jackie Leach Scully and Christoph Rehmann-Sutter
In November 2004, the Swiss population voted to accept a law on research using human embryonic stem cells. In this paper, we use Switzerland as a case study of the shaping of the ostensibly ethical debate on the use of embryos in embryonic stem cell research by legal, political and social constraints. We describe how the national and international context affected the content and wording of the law. We discuss the consequences of the revised law’s separation of stem cell research from other forms of embryo research, its definitions of embryo and of spare embryos, and the introduction of donorship into the Swiss ethical debate on IVF. We focus on the exclusion of the potential embryo donors’ voices and perspectives from the debate, and consider the effects of this exclusion on ethical discourse and the political process.

Regulation of hESC Research in Australia: Promises and Pitfalls for Deliberative Democratic Approaches

Susan Dodds and Rachel A. Ankeny
This paper considers the legislative debates in Australia that led to the passage of the Research Involving Human Embryos Act (Cth 2002) and the Prohibition of Human Cloning Act (Cth 2002). In the first part of the paper, we discuss the debate surrounding the legislation with particular emphasis on the ways in which demands for public consultation, public debate and the education of Australians about the potential ethical and scientific impact of human embryonic stem cells (hESC) research were deployed, and the explicit and implicit framing of the scope of public consultation. We then ask whether, given the calls for public consultations, debate and understanding, current work in democratic theory could be helpful in analysing the process of policy-making in these areas. In particular, we canvass the literature relating to aggregative and deliberative models of democracy for processes that support the legitimacy of policy. We identify features of the debate that reflect the appeal of deliberative approaches as well as some of the possible hurdles or limitations to developing deliberative democratic approaches to policy in ethically contentious areas.

The Scope of Public Discourse Surrounding Proposition 71: Looking Beyond the Moral Status of the Embryo

Tamra Lysaght, Rachel A. Ankeny, and Ian Kerridge
Human embryonic stem cell research has generated considerable discussion and debate in bioethics. Bioethical discourse tends to focus on the moral status of the embryo as the central issue, however, and it is unclear how much this reflects broader community values and beliefs related to stem cell research. This paper presents the results of a study which aims to identify and classify the issues and arguments that have arisen in public discourse associated with one prominent policy episode in the United States: the 2004 Californian Stem Cell Research and Cures Initiative (also known as Proposition 71). The findings show that public discourse about Proposition 71 is characterised by a broader range of issues than those usually addressed in scholarly publications and public policy documents. While attention to the moral status of the embryo is an important issue in stem cell research, making it the main focus of public discourse has a polarising effect. This also limits opportunities to identify shared values, understand how political alliances are forged, and develop social consensus. Implications for future research and policy are discussed.

In That Case: Call for Responses