Read the journal
Submit your work
Meet the editors
Read the JBI blog
Browse: Home   /   What Is Bioethics? 2(1) 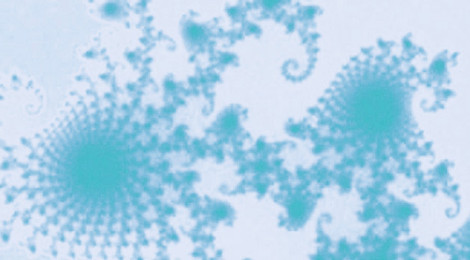 What Does It Mean to Be a Better Person?

Don’t Blame the “Bio”—Blame the “Ethics”: Varieties of (Bio)Ethics and the Challenge of Pluralism

Max Charlesworth
We tend to think that the difficulties in bioethics spring from the novel and alarming issues that arise due to discoveries in the new biosciences and biotechnologies. But many of the crucial difficulties in bioethics arise from the assumptions we make about ethics. This paper offers a brief overview of bioethics and relates ethical “principlism” to “ethical fundamentalism.” It then reviews some alternative approaches that have emerged during the second phase of bioethics and argues for a neo-Aristotelian approach. Misconceptions about ethical principles and ethical reasoning not only distort our views of the business of bioethics, but they also prevent us from facing up to the formidable problems posed by ethical pluralism in so-called liberal societies.

Grant Gillett
Cara sui (care of the self) is a guiding thread in Foucault’s later writings on ethics. Following Foucault in that inquiry, we are urged beyond our fairly superficial conceptions of consequences, harms, benefits, and the rights of persons, and led to examine ourselves and try to articulate the sense of life that animates ethical reasoning. The result is a nuanced understanding with links to virtue ethics and post-modern approaches to ethics and subjectivity. The approach I have articulated draws on the phenomenology of Levinas and Heidegger, the Virtue ethics of Baier, and the post-structuralist writing of Michel Foucault. The subject is seen as negotiable, embodied, provisional and able to be transformed in a way that denies essentialism about human beings, their moral status, and the idea of the good. The human being emerges as responsible because, properly, responsive to the context of discourse in which morality becomes articulated. When we import this style of thinking into bioethics we find that it reaches beyond issues of policy or right conduct and allows us to use the biomedical sciences and the clinical world to revise and interrogate our understanding of ourselves and the theoretical foundations of health care ethics.

Unequal Protection for Patient Rights: The Divide Between University and Health Ethics Committees

Martin Tolich and Kate Mary Baldwin
Despite recommendations from the Cartwright Report ethical review by health ethics committees has continued in New Zealand without health practitioners ever having to acknowledge their dual roles as health practitioners researching their own patients. On the other hand, universities explicitly identify doctor/research-patient relations as potentially raising conflict of role issues. This stems from the acknowledgement within the university sector itself that lecturer/research-student relations are fraught with such conflicts. Although similar unequal relationships are seen to exist between health researchers and their patients, the patient/subjects are not afforded the levels of protection that are afforded student/subjects. In this paper we argue that the difference between universities and health research is a result of the failure of the Operational Standard Code for Ethics Committees to explicitly acknowledge the vulnerability of the patient and conflict of interests in the dual roles of health practitioner/researcher. We end the paper recommending the Ministry of Health consider the rewriting of the Operational Standard Code for Ethics Committees, in particular in the rewriting of section 26 of the Operational Standard Code for Ethics Committees. We also identify the value of comparative ethical review and suggest the New Zealand’s Health Research Council’s trilateral relationship with Australia’s NHMRC (National Health and Medical Research Council) and Canada’s CIHR (Canadian Institute of Health Research) as a useful starting point for such a process.

Animals and Ethics: An Overview of the Philosophical Debate

In That Case: Call for Responses

To receive email alerts from bioethicalinquiry.com when new Journal of Bioethical Inquiry issues and online articles are published, as well as occasional calls for papers and event and job notifications, please subscribe here.