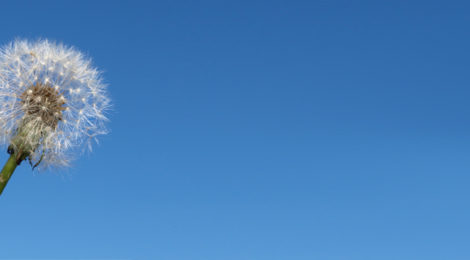 Transition and Dialectic: A Farewell, A Big Thank You, Some Medical Ethics and Some Reproduction

The Virus of Vagueness in Authorship

Letters to the Editor

Inez Raes, An Ravelingien, and Guido Pennings
It is widely agreed among health professionals that couples using donor insemination should be offered counselling on the topic of donor conception disclosure. However, it is clear from the literature that there has long been a lack of agreement about which counselling approach should be used in this case: a directive or a non-directive approach. In this paper we investigate which approach is ethically justifiable by balancing the two underlying principles of autonomy (non-directive approach) and beneficence (directive approach). To overrule one principle in favour of another, six conditions should be fulfilled. We analyse the arguments in favour of the beneficence principle, and consequently, a directive approach. This analysis shows that two conditions are not met; the principle of autonomy should not be overridden. Therefore, at this moment, a directive counselling approach on donor conception disclosure cannot be ethically justified.

Malcolm Parker
The United Nations Convention on the Rights of Persons with Disabilities urges and requires changes to how signatories discharge their duties to people with intellectual disabilities, in the direction of their greater recognition as legal persons with expanded decision-making rights. Australian jurisdictions are currently undertaking inquiries and pilot projects that explore how these imperatives should be implemented. One of the important changes advocated is to move from guardianship models to supported or assisted models of decision-making. A driving force behind these developments is a strong allegiance to the social model of disability, in the formulation of the Convention, in inquiries and pilot projects, in implementation and in the related academic literature. Many of these instances suffer from confusing and misleading statements and conceptual misinterpretations of certain elements such as legal capacity, decision-making capacity, and support for decision-making. This paper analyses some of these confusions and their possible negative implications for supported decision-making instruments and those whose interests these instruments would serve, and advises a more incremental development of existing guardianship regimes. This provides a more realistic balance between neglecting the real limits of those with mental disabilities and thereby ignoring their identity and particularity, and continuing to bring them equally and fully into society.

The Ethics of Medical Practitioner Migration From Low-Resourced Countries to the Developed World: A Call for Action by Health Systems and Individual Doctors

Charles Mpofu, Tarun Sen Gupta, and Richard Hays
Medical migration appears to be an increasing global phenomenon, with complex contributing factors. Although it is acknowledged that such movements are inevitable, given the current globalized economy, the movement of health professionals from their country of training raises questions about equity of access and quality of care. Concerns arise if migration occurs from low- and middle-income countries (LMICs) to high-income countries (HICs). The actions of HICs receiving medical practitioners from LMICs are examined through the global justice theories of John Rawls and Immanuel Kant. These theories were initially proposed by Pogge (1988) and Tan (1997) and, in this work, are extended to the issue of medical migration. Global justice theories propose that instead of looking at health needs and workforce issues within their national boundaries, HICs should be guided by principles of justice relevant to the needs of health systems on a global scale. Issues of individual justice are also considered within the framework of rights and social responsibilities of individual medical practitioners. Local and international policy changes are suggested based on both global justice theories and the ideals of individual justice.

Relative Values: Perspectives on a Neuroimaging Technology From Above and Within the Ethical Landscape

Gabrielle Samuel, Alan Cribb, John Owens, and Clare Williams
In this paper we contribute to “sociology in bioethics” and help clarify the range of ways sociological work can contribute to ethics scholarship. We do this using a case study of an innovative neurotechnology, functional magnetic resonance imaging, and its use to attempt to diagnose and communicate with severely brain-injured patients. We compare empirical data from interviews with relatives of patients who have a severe brain injury with perspectives from mainstream bioethics scholars. We use the notion of an “ethical landscape” as an analogy for the different ethical positions subjects can take—whereby a person’s position relative to the landscape makes a difference to the way they experience and interact with it. We show that, in comparison to studying abstract ethics “from above” the ethical landscape, which involves universal generalizations and global judgements, studying ethics empirically “from the ground,” within the ethical landscape foregrounds a more plural and differentiated picture. We argue it is important not to treat empirical ethics as secondary to abstract ethics, to treat on-the-ground perspectives as useful only insofar as they can inform ethics from above. Rather, empirical perspectives can illuminate the plural vantage points in ethical judgments, highlight the “lived” nature of ethical reasoning, and point to all ethical vantage points as being significant. This is of epistemic importance to normative ethics, since researchers who pay attention to the various positions in and trajectories through the ethical landscape are unlikely to think about ethics in terms of abstract agency—as can happen with top-down ethics—or to elide agency with the agency of policymakers. Moreover, empirical perspectives may have transformative implications for people on the ground, especially where focus on the potential harms and benefits they face brings their experiences and interests to the forefront of ethical and policy discussion.

A. Olesen, S. N. Nor, and L. Amin
Pre-Implantation Genetic Diagnosis (PGD) represents the first fusion of genomics and assisted reproduction and the first reproductive technology that allows prospective parents to screen and select the genetic characteristics of their potential offspring. However, for some, the idea that we can intervene in the mechanisms of human existence at such a fundamental level can be, at a minimum, worrying and, at most, repugnant. Religious doctrines particularly are likely to collide with the rapidly advancing capability for science to make such interventions. This paper focuses on opinions and arguments of selected religious scholars regarding ethical issues pertaining to PGD. In-depth interviews were conducted with religious scholars from three different religious organizations in the Klang Valley, Malaysia. Findings showed that Christian scholars are very sceptical of the long-term use of PGD because of its possible effect on the value of humanity and the parent-children relationship. This differs from Islamic scholars, who view PGD as God-given knowledge in medical science to further help humans understand medical genetics. For Buddhist scholars, PGD is considered to be new medical technology that can be used to save lives, avoid suffering, and bring happiness to those who need it. Our results suggest that it is important to include the opinions and views of religious scholars when it comes to new medical technologies such as PGD, as their opinions will have a significant impact on people from various faiths, particularly in a multi-religious country like Malaysia where society places high value on marital relationships and on the traditional concepts of family.

Rafael Boscolo-Berto, Massimo Montisci, Silvia Secco, Carolina D’Elia, Rosella Snenghi, Guido Viel, and Santo Davide Ferrara
A conflict of interest (COI) is a situation in which a person has competing loyalties or interests that make it difficult to fulfil his or her duties impartially. Conflict of interest is not categorically improper in itself but requires proper management. A SCOPUS literature search was performed for publications on the efficacy/safety of Phospho-Di-Esterase Inhibitors (PDEIs) for treating erectile dysfunction. A categorization tool (CoOpCaT) was used to review and classify the publications as supportive/not-supportive for the discussed active ingredient and reporting or not reporting a COI for that specific drug or for the remaining PDEIs (i.e. competitors). Multivariable binary logistic regression was performed. In the 419 selected records the prevalence of supportive opinions was higher when a COI for the index label was declared. The CoOpCaT showed good internal consistency, discriminative validity and intra/inter-rater agreement. The strongest predictor for a supportive opinion was the total number of financial COIs for the index label. A mild protective effect of the total number of financial COIs for any competitor label was noted. Financial COIs have frequently been associated with bias, and the measures currently adopted to restrain it lack effectiveness. Some evidence for monitoring and/or compensating this bias is reported here, but the ultimate solution remains distant.

Why Did U.S. Healthcare Professionals Become Involved in Torture During the War on Terror?

Myles Balfe
This article examines why U.S. healthcare professionals became involved in “enhanced interrogation,” or torture, during the War on Terror. A number of factors are identified including a desire on the part of these professionals to defend their country and fellow citizens from future attack; having their activities approved and authorized by legitimate command structures; financial incentives; and wanting to prevent serious harm from occurring to prisoners/detainees. The factors outlined here suggest that psychosocial factors can influence health professionals’ ethical decision-making.