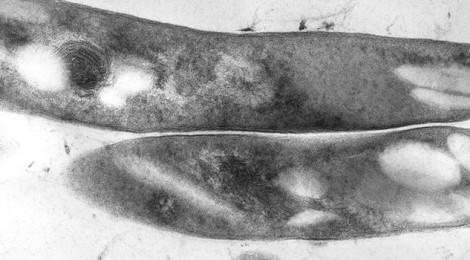 In That Case Comment on “The Ethics of Isolation for Patients With Tuberculosis in Australia” by Jane Carroll, published in the Journal of Bioethical Inquiry 13(1).

Abstract Complementing Carroll’s presentation of an immigrant patient with drug-resistant TB, we describe the ethical dilemmas faced by clinicians in resource-limited settings where drug-resistant TB is hyperendemic. A key question in our facility, where around 4,000 patients with drug-resistant TB are started on treatment annually is: “Who is ultimately responsible for the management of a patient with a highly infectious deadly disease when standard treatment options fail to protect the community and the patient’s own resources are exhausted?”

This case study of Xiang is both tragic and all too real. It highlights that multidrug-resistant tuberculosis (MDR-TB) bacilli can infect anyone and that it does not respect national borders. Besides the questions raised by the author in the case study, a key question in situations where resources are limited is: “Who is ultimately responsible for the management of a patient with a highly infectious deadly disease when standard treatment options fail to protect the community and the patient’s own resources are exhausted?”

We live and work in KwaZulu-Natal, South Africa, an area with high burdens of TB, HIV, and multidrug-resistant (MDR) and extremely drug-resistant (XDR) TB. In 2012, our specialist centre treated 2,572 MDR-TB patients and 267 XDR-TB patients. Many of our patients come from households where “catastrophic expenditure” on HIV and previous episodes of TB has not only led to impoverishment but often the death of the household breadwinner. Given the limited economic resources of our patients and the scale of the problem, clinicians struggle with ethical dilemmas on a regular basis. We cannot offer any solutions to the plight of Xiang and his family but share three case studies that illustrate the fact that, in most TB-endemic areas, no one takes ultimate responsibility to keep the community safe and care for patients with drug-resistant TB who have fallen through the cracks or exhausted their treatment options.

Nombulelo, a twenty-eight-year-old mother of two small children from a remote rural area, developed XDR-TB. As she was co-infected with HIV, underweight, and required the daily administration of an aminoglycoside, admission for at least a month was necessary until she was stabilized on treatment. In disbelief, the patient explained she had left two small children at home with her aged, incapacitated mother. Although the clinician explained the severity of the disease and the importance and urgency of treatment, the mother insisted she had to return home to sort out the children and would return. As she left, the clinician felt torn: Would this woman return and when? Would the district health services, collapsing under the burden of HIV and TB, provide any safety net? The clinician had taken forty-five minutes to explain the need for treatment, but failed to consider pragmatic options that could reduce the transmission risk to those around his patient—not knowing where to start or how to address all the social issues at hand.

Xolani and Tobeka are both co-infected with MDR-TB and HIV. Xolani, a male, was a taxi driver and spent his days driving taxis crowded with up to twenty people from the city centre to the settlement where he lived. Tobeka, a female, was a theatre sister. They were initially hospitalized for treatment but discharged after three months once they were physically strong and stable on treatment. However, both were still sputum smear microscopy positive. They were counselled at length about the risk of infecting others and engaging in infection control in the home and community. In addition, they were both told not return to work until sputum conversion could be confirmed and were given a sick note in the interim. The clinician knew that that they were the household breadwinners and both likely to resume work, with a real risk of infecting others in the crowded taxi or operating theatre. The clinician did not know how best to address this. Whose responsibility was it to ensure that these two patients did not return to work? And what about patient confidentiality? By law, this clinician couldn’t divulge her patients’ HIV status, and both had indicated that they didn’t want their employers to know that they have MDR-TB, despite it being a notifiable disease.

Both Xolani and Tobeka were scheduled to return for monthly outpatient follow-up and continued care. Tobeka returned each month, responded to the treatment, and was soon sputum smear-negative. However, Xolani, who was back driving his taxi, missed most of his follow-up appointments and admitted that his adherence was poor. He remained sputum smear-positive and continued to deteriorate clinically. We were unable to provide him with care that would protect the community as well as his own health and livelihood. We have no easy solutions, but urgent discussion is required to consider feasible and ethical models of care that balance individual and public health interests when standard treatment options fail to protect the community.