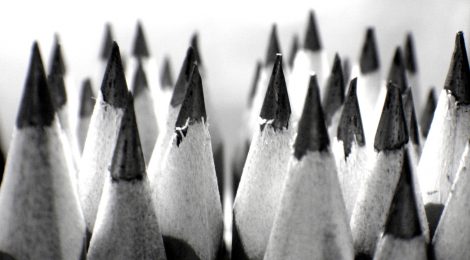 On reviewing the content of this issue of Journal of Bioethical Inquiry, the question “cui bono?” springs to mind again—lifted from the title of a Harveian Oration delivered in 1977 at the Royal College of Physicians in London, by the late Sir Douglas Black, a distinguished RCP president at the time. From Cicero, it means “who benefits?” Or more literally “to whom the good?” This pithy Latin expression sums up the core question in most of the articles in this edition that consider gains and incentives, perverse or otherwise, be it in a symposium on the ethics of the pharmaceutical industry (Ghinea, Lipworth, and Kerridge 2020), a reflection on commercial interests in medical implant device risks (Richards 2020), or even the consent issue in the Chinese CPISR study (Shaw 2020), and of course, in a discussion of so-called altruistic organ donation (Łuków 2020). At its most fundamental level, can there be any achievement without gain for the stakeholders other than patients or subjects, and what is the true motivation for healthcare and scientific research? Are the motives ever pure? Given the fact that such pursuits are always encased in an ethical context that demands noble and self-denying high principle, what is the role of individual gain or corporate profit? How can these be transparent or regulated? These questions tap into a broader question about the nature of capitalism in the health and biological sciences, as not-for-profit is only a small part of the field.

The development of new drugs, equipment, and prosthetics requires huge capital investment, especially now that ethical standards require such expensive regulatory processes, in addition to the costs of technological and scientific innovation, and therefore involve substantial investment and financial risk.

There is no doubt that modern medicine relies heavily on large corporations. It is inevitable that these companies have to function in the world of global big business. It is only when they are profitable that the funding can be made available for research and development. A great deal of effort has gone into ensuring that these companies function in an ethical way. This is difficult in a business world where many of the rules of competition, advertising, marketing, and pricing that apply more broadly in a competitive marketplace, are unwelcome where patients, and particularly people who participate in clinical research, need protection. These issues of course apply much more widely to the inevitable tension of individual citizens rights vis-à-vis the interests of large corporations. As Narcyz Ghinea, Wendy Lipworth, and Ian Kerridge (2020) write in the covering editorial for the symposium on pharmaceutical ethics, the challenges in the field are diverse and require broad cooperation between scientists, industry, government, and healthcare systems. A number of contributions to the symposium deal with various types of community activism and engagement with the industry and its regulators. It is clear that well organized external scrutiny and dialogue with both healthcare users and the general public, are important tools in ensuring that industrial secrecy and commercial in-confidence protections and the transparent publication of data, are all dealt with in an open and ethical way. The more public gaze the better?

Paweł Łuków (2020) considers pure altruistic organ donation. The notion of giving an organ anonymously to an unknown recipient probably seems odd to most people, but it does happen. The author discusses the “tyranny of gift” (after Fox and Swazey 2002 [1974]) and the problem of anonymity, as it disrupts normal human interaction of giving and receiving. Surely here too, there must be gain for the donor and, of course, this practice is contrasted with the dangers of paid organ donation.

David Shaw (2020) draws attention to the importance of drafting honest patient information in both clinical practice and trials, and using the CRISPR-cas9 study in China also shows how scrutiny of these documents can reveal flawed ethical thinking.

In the Recent Developments column Bernadette Richards (2020) reports on the Australian case against a manufacturer of transvaginal devices consisting of synthetic mesh devices. Three representative claimants, in a class action, demonstrated to the court the substantial negative effects on their lives of adverse effects that resulted from the insertion of such devices. It was found that the devices were marketed and used without adequate information being provided by the company about the substantial risk of long-term complications involved. The case highlighted the absence of appropriate trials before widespread marketing. Richards also reports on a retreat by the health ministry in Singapore, from the reasonable patient test back to the reasonable doctor test in determining the information given to patients as part of the informed consent process. Caution is advised about the difficulties that ensue from the introduction of new legal doctrines into particular social contexts where they may be misunderstood or countercultural.

Courtney Hempton and Neera Bhatia (2020) discuss the new The Medical Treatment Planning and Decisions Act 2016 (Vic) in the Australian state of Victoria, which replaces what was at the time very forward-thinking legislation passed in 1988. A key concept behind the new act is to replace a “negative” liberty enshrined in a refusal of treatment certificate, to a “positive” liberty of being able to lay out in advance treatments that a person would want, in addition to their values and other wishes in the form of an advance directive, both for a values directive, and an “instructional” one specifically concerning medical treatment (which now includes palliative care that was previously excluded from the definition). There are of course problems with ruling out specific treatments (as often pointed out by many doctors), or saying something broad like “I never want another operation” without knowing future contingencies where a surgical procedure might be beneficial, even for good palliative care (e.g. hip fracture).

The other important conceptual change is to try and ensure that substitute decision-makers (now termed medical treatment decision-makers) make decisions that accord with the person’s views and beliefs, as previously expressed, rather than their “best interests” at the time. The authors use the term “precedent autonomy” to describe this approach. Although from an international perspective there is nothing new here, this article shows the historical evolution of proxy end-of-life decision-making in a particular jurisdiction as a result of comprehensive parliamentary enquiries three decades past. They point out the challenge of engaging citizens in the completion of advance directives and the lack of knowledge amongst doctors of law as it pertains to end of life decisions. By taking mental capacity as a selective and variable phenomenon rather than an absolute one, the legislators attempt to address the issue of cognitive failure, particularly important given the fact that dementia will soon be the commonest cause of death in Australia. It is thus recognized that cognition can fluctuate, and a person with early dementia may have impaired complex executive powers but be able to express their preferences and wishes on many day-to-day matters. The authors rightly say that the new legal provisions will only improve care and decision-making at the end of life (which may incorporate up to several years of deteriorating health, independence, cognitive capacity, and increasing symptom burden due to chronic disease burden), if there is a very broad community and professional education and information programme to engage people and the health system in its implementation.

Paul Ulhas Macneill (2020) has contributed a critical response to a visual essay previously published in the journal in the recent dementia symposium (Chapman et al. 2019). He is critical of the conclusions drawn from the subject’s own phenomenological experience. If you view a painting or other work of art, you are invited to make of it what you will, rather than interpret it according to some kind of ethnographic or hermeneutic a priori standpoint, and the writer “slides” between objective observation and subjective hermeneutics and may thereby be in danger of ascribing meaning that is speculative rather than in any sense “real” for the person observed (in this case a man with dementia who was painting).

Carolyn Mason (2020) considers the fate of the frozen embryos of separated couples in New Zealand and the legal challenges faced if one partner wishes to use an embryo and the other does not. She argues that, rather than favouring the interests of those who seek procreative avoidance as current and proposed approaches do, balancing the interests of both progenitors as well as any existing and potential future children is preferable. Michael W. Nestor and Richard L. Wilson (2020) discuss Clustered Regularly Interspaced Short Palindromic Repeats (CRISPR), a genetic procedure to “permanently ameliorate aberrant genes from wild-type populations containing mutations.” A complex biological capability that is no doubt rich in ethical issues. Using an anticipatory ethical framework, they analyse arguments that the combination of CRISPR and a gene drive system in humans will produce a net benefit for science and society. Richard B. Gibson (2020) challenges us to see Body Integrity Identity Disorder and its possible consequence of, for example, the amputation of a healthy limb, as a disability issue whereby the disabled state is seen socially in a positive light for that person, rather than a state of loss.

Finally, Komesaroff and Kerridge reflect on the recent massive bushfire season in Australia, making an impassioned plea for global action on climate change as the foremost ethical challenge of our time. They summarize devastating effects on the environment, people, plants, and animals. It seems that only a far-reaching change in individual and global consciousness can neutralize the effects of climate scepticism and the short-term political and economic considerations that block the innovation and policy changes that are needed if there is to be any hope of slowing and mitigating the effects of human induced climate change. Surely never was the saying “be a good ancestor” more true that it is now. Nowhere is the issue of relations between the generations more clear than in the consideration of climate change. All over the world, it is clear that conservative older generations, swollen in numbers by the longevity of the baby boomer cohort, are at odds with younger people on social and economic issues, affordability of housing and education, narrow nationalism, and most of all climate change. Cui bono?

Published online: 26 May 2020. View references and other article details at the SpringerLink Journal of Bioethical Inquiry site.