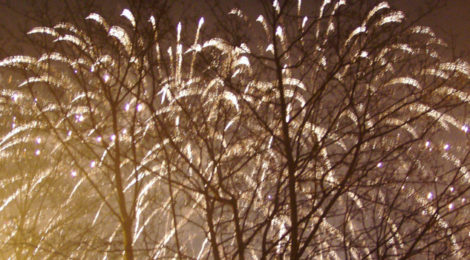 Overall, this will be a very exciting year for bioethics. From genetic technologies and new applications of CRISPR genome editing in all contexts, to discussion of research on human embryos, to re-opening of old issues within a changing geopolitical landscape, there will be plenty of opportunities—and need—for bioethicists to engage with and contribute to national and international debates.

Here are ten predictions for this year in bioethics:

(1) Starting from the United Kingdom, we are going to see the first baby born with mitochondrial transfer technology. A reminder, this is the technology that the Human Fertilisation and Embryology Authority (HFEA) approved in February 2015 but only recently received the Parliamentary go ahead for clinical applications. Last year, the first baby born with mitochondrial transfer technology occurred in Mexico and sparked a debate. In addition to the technology’s use in avoiding transmission of mitochondrial disorders, it will probably be used to allow gay couples (of both sexes) to have a child genetically related to both.

(2) Moving across the pond to the United States, President Obama’s Presidential Commission for the Study of Bioethical Issues reached the end of its road. It will be interesting to see whether new U.S. President Donald Trump will call for a new commission on bioethics. It is not a given that each president establishes a bioethics commission, although the past two presidents have done so. If that is the case, bets are open as to who might be chair. For sure we are going to see old (beginning of life, women’s reproductive rights, end of life) and new (CRISPR genome editing technology, synthetic biology) issues in bioethics on the table for debate. The recent appointment of Jared Kushner (Trump’s son-in-law who comes from a largely Democrat family) as senior adviser leaves open any possibility for appointments. Perhaps more importantly (because it of its longer-lasting impacts) will be the Trump-appointed new member(s) of the U.S. Supreme Court. There is currently one vacancy (following the death of Justice Antonin Scalia in 2016), but it is expected that one or two more judges will retire in the next few years.

(3) Speaking of CRISPR genome editing technologies, the recently inaugurated Francis Crick Institute in London will see the first applications of CRISPR genome editing in human embryos by the group led by Kathy Niakan, for which she received the go-ahead in February 2016. In Europe, the momentum around CRISPR research on human embryos is building, with other countries moving ahead with their own regulations on CRISPR’s use in human embryos (for example, Sweden). Beyond Europe, we may see clinical applications of the technology in China, with potential transfer of CRISPR-edited human embryos to the uterus.

(4) CRISPR experiments will not be limited to human embryos. Indeed, the major applications will be gene-drive experiments to engineer disease vectors like mosquitoes and ticks and release them into the wild so that they can wipe out existing disease-carrying vectors. We have already seen in 2016 the beginning of these debates in the Florida Keys with the U.S. Food and Drug Administration’s first approval of the release of genetically engineered mosquitoes to combat Zika, but we will see it take off for many other diseases. For example, Ken Esvelt has suggested gene drive as a solution for Lyme disease in Nantucket and Martha’s Vineyard, and this is only the beginning!

(5) Again in the United Kingdom, we may see a new parliamentary commission take up the debate on extending research on human embryos past the current limit of fourteen days. A recent conference organized by Progress Educational Trust in London in December 2016 discussed the proposal. However, no decision will be made in 2017. (Mary Warnock’s commission took five years to produce a recommendation, which was not enshrined into law until several years later.) But the ball is rolling.

(6) Speaking of reproduction, we are going to see more uterus transplants. The first successful transplants happened in Sweden, with the first baby born in 2014 after an older woman donated her uterus to a friend born without one. More successful uterus transplants have been performed at Baylor College of Medicine in Houston, Texas, in late 2016, but no babies have been born yet. This will amplify existing discussions about uterus transplants for men or transgender women who desire experiencing a pregnancy. Such permutations likely will not happen in 2017, but it is a good bet we will see the first experiment in the next five years.

(7) The United Kingdom will see the establishment of non-invasive prenatal testing (NIPT) through the National Health System. These are simple blood tests performed within the first ten weeks of pregnancy to detect chromosomal abnormalities, and likely in the near future they could be coupled with whole-genome sequencing. The United Kingdom is the first country where NIPT will be offered not only by commercial companies (like in the United States) but as part of a national health service’s prenatal screening. There is a worry that NIPT will lead to an increased rate of terminations for people with Down’s syndrome, and the bioethical discussions will be around what counts as a disability, what counts as a difference, and what kind of society we want to live in. The Nuffield Council on Bioethics is working on this and has launched a project to incorporate the perspectives of people with Down’s syndrome.

(8) Now that an Ebola vaccine has been proven successful, the big questions will be how to roll it out and to whom and who should pay for it. These bioethical questions will parallel those for health interventions during states of emergency: Who decides who gets prioritized and on what basis?

(9) In the world of professional sport, we are going to see the re-opening of the case of Caster Semenya, the South-African 800-meter runner who was disqualified in 2009 on grounds of unfair advantage because of her naturally high level of testosterone (hyperandrogenism). She won the right to compete in July 2015 after another athlete with hyperandrogenism, Dutee Chand from India, brought the case to the Court of Arbitration for Sport (CAS) in Lausanne. (However, CAS had given the International Association of Athletics Federations two years to provide additional evidence that athletes with hyperandrogenism have an “unfair advantage”). The re-opening of the case will bring discussions of who “counts” as a woman in competition and who and on what basis decides what is fair with regards to who can compete.

(10) Finally, we are going to see more applications of gene therapy to extend the human life span. We already have a “patient zero” for this, with Elizabeth Parrish, CEO of Bioviva, trying on herself the gene therapy to elongate telomeres, the ends of chromosomes that shorten after every cycle of division. But this raises many questions: Is ageing a disease? What does this tell us about the society in which we live? And is it ethical to bypass traditional regulation (in this case, FDA overview) by going overseas (in this case, Colombia) to try the procedure on oneself?